My inspiration for this blog comes from the closing event of the course Mastering Creativity (Dutch description) which was taught at two universities in Amsterdam last semester by the Bildung Academy. I was fortunate to play a substantial role in the development, and a smaller role in the execution . Witnessing the closing even led me to formulate the Bipolarity paradigm which I will explain below.

A question of taste. Literally.

The name of the event was already mind blowing and insightful, as it turned out. The name was “Creakiwitijd”, which quite literally translates as “Creakiwitime”. I thought it was just a word-play on “Creativity” but it was much more: when you eat a kiwi-fruit, you know you taste something specific, but it’s virtually impossible to describe it exactly, in particular the mix of different base tastes (sweet, sour, bitter etc). And that’s in a soft shell the essence of creativity: you recognise it as something special but it is extremely difficult to describe it, it transcends words in a way. But is that a bad thing? 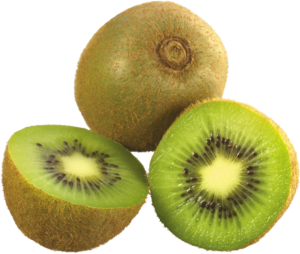 That made me think: what else might represent this ultimate challenge: appreciating the paradoxal nature of something without wanting to capture it in a neat little box.

Two completely separate ingredients were inadvertently handed to me a little later: 1. A level of bipolarity can help to make the new connections that are the core of what creativity is about, and 2. As one of the tips to stimulate creativity the audience was encouraged to say “Yes”, always, to create these new connections.

Now, this is a very common advice in this realm, but I don’t necessarily fully agree. I think reality is much more interesting. I think there are basically two main ways of looking at it: And I will integrate two relevant notions: flow and friction.

So, what gives? Both can’t be true at the same time, as they seem to flat-out contradict each other. They are the opposite poles in a spectrum…

This is where I think the essence of creativity lies: in the ability to deal with this “bipolarity”, paradox, seeming contradiction. For example, by introducing the time element: Way-ol-looking B might need to dominate as long as you think it make sense, at least until you have explored a multitude of options and pathways. And then, once you are satisfied that your curiosity can’t take you much further, switch to A. That point is basically where you switch from divergence (No, not yet) to convergence (Yes, this is a good path forward). This is of course a very well known phenomenon if you’re involved in creativity.

In summary, for me it’s not so much about the neat little box, i.e. only saying “Yes”, it is more about saying “Not yet” long enough before you switch to Yes, i.e. connecting the boxes and in fact not allowing one to dominate the other.

There, from paradox or dilemma to harmony and appreciating the mix that represents reality, which not coincidentally was the topic of an earlier blog.

(with a global mind)

Learn about my vision, services, profile and examples.

All services can be provided in Dutch or English.